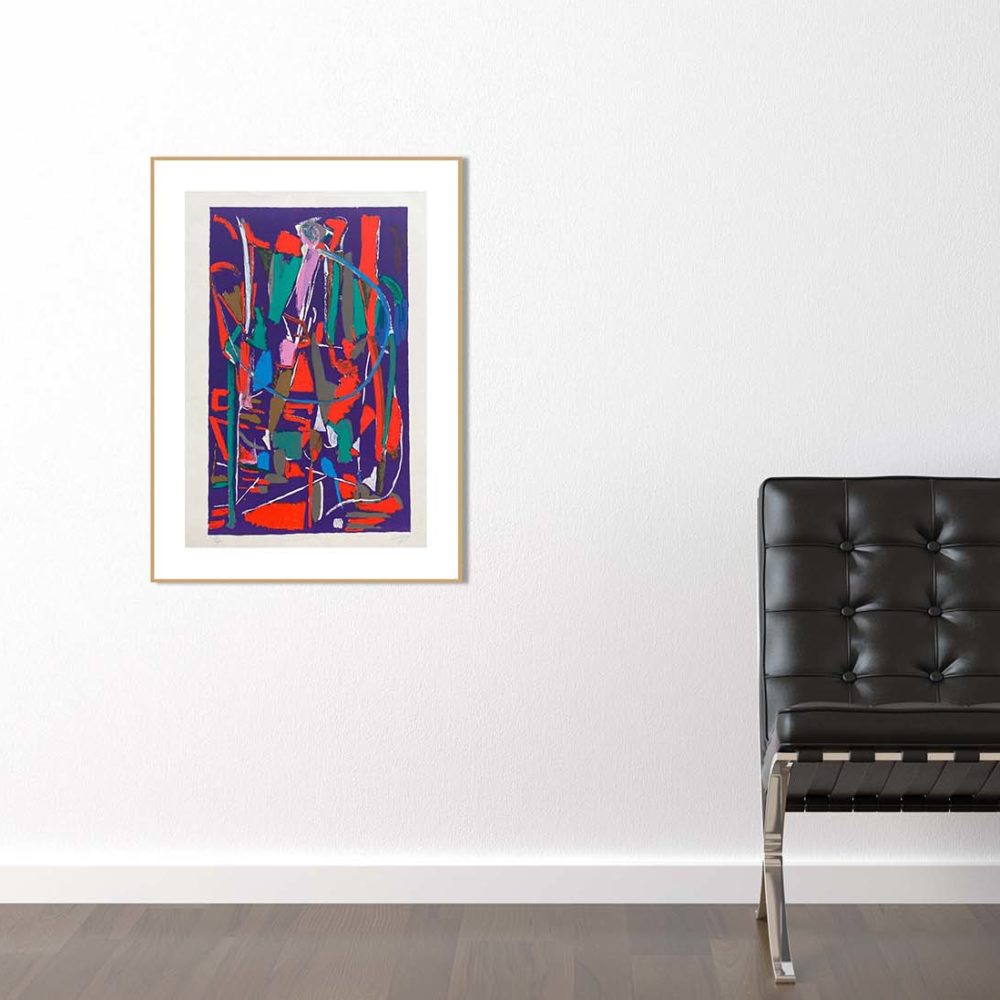 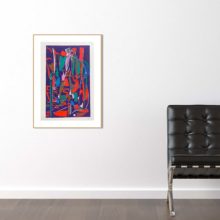 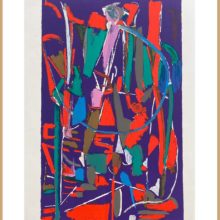 André Lanskoy, born in Moscow on March 31, 1902, was a Russian painter who primarily lived and worked in Paris, France. His work is strongly associated with Tachisme, a French movement characterized by large, brightly colored compositions created through the filling in of abstract linear forms. Throughout his practice, Lanskoy created shifting landscape-portraits, often imbued with a sense of movement or violence. He concentrated on creating patterns and rhythms of color and light in his works, and also produced collages, mosaics, illustrated books, and tapestries. Inspired by artists such as Vincent van Gogh, Paul Klee, and Wassily Kandinsky, Lanskoy found acceptance among the Lyrical Abstraction artists and the School of Paris painters, participating in numerous exhibitions that included the 1924 Salon d’Automne, a solo exhibition in 1925, and a large retrospective of his collected works at the Neue Galerie in Zürich in 1969. Lanskoy died in Paris, France on August 24, 1976.